Warts are one of the most common complaints to dermatologists after acne and 3 out of 4 people will develop warts at least once in their lifetime. Then what causes warts? How are they spread? Warts are contagious, spreading from person to person through infected areas. They can also be spread to other parts of your body in the same way. Approximately one third of warts will disappear within six months on their own and most will disappear within three years, though treatment will clear them up much quicker. As with acne, young people are more likely to develop warts but anyone can get them. 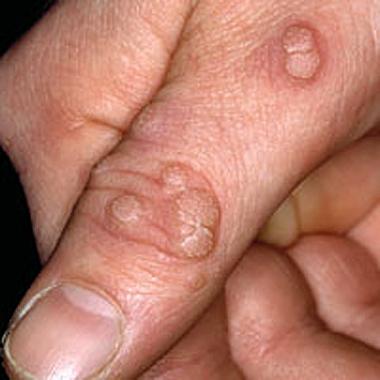 Warts are common, but do you know what causes warts? Warts are caused by a virus. More specifically, it's the human papilloma virus (HPV). There are more than one hundred different types of HPV, some are relatively harmless, causing unsightly warts while other types can be dangerous and cause cervical cancer. Since viruses are contagious, warts can be passed from person to person. You can also get them from touching objects used by those with warts. You can also spread the warts to other areas of your body. Not everyone will develop warts, though. It depends on the function of a person’s immune system. The incubation time (from when the virus is contracted until a wart appears) can be one to eight months. Contrary to popular mythology, touching a frog will not give a person wart.

Who Is at Risk?

Anyone can get warts, though some people are more venerable than others. It usually depends on the function of the immune system. People at highest risk of getting warts are:

Types and Symptoms of Warts

There are four types of warts. These are:

In most cases, warts will clear up on their own, but in some cases you should seek treatment. If you have genital warts, you should see a doctor right away. For other warts, call a doctor if the wart continues to worsen despite home treatment, if it starts bleeding and you have difficulty stopping it, or if the wart changes color or shape. If you have used salicylic acid for at least twelve weeks and there is no improvement, talk to your doctor about other available treatments for getting rid of the wart.

What Should I Do If I Have Warts?

Since you have known what causes warts and its symptoms, it's time to get rid of them. In most cases, warts will eventually disappear on their own. There are a few things you can do to help speed the process of getting rid of the warts on your own.