Calories in an Omelette | Healthcare-Online 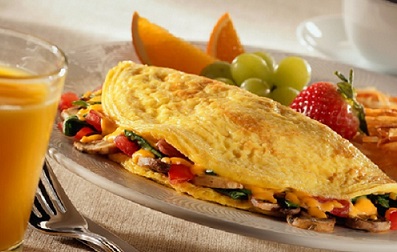 However, there are omelets prepared with vegetables but are still considered unhealthy. This is possible if the omelette has been cooked using unhealthy fat e.g. if you are eating in a restaurant that has cooked its vegetables using bacon fat. You will also have to consider the eggs size. Small eggs will contain about 54 Calories whereas jumbo eggs will contain about 90 calories.

The following lists a table of the amount of omelette preparing in different forms.

In order to lower calories in an omelette, you will have to use low calorie and low fat fillings. You can go for low fat ham, cheese and different vegetables. You can also sauté mushrooms, onions and bell pepper (red) in a few chicken broth tablespoons to reduce the content of fat in the omelette.

If you are not a fan of cheese with low-fat, you have the option of settling for little amounts of flavored cheese. Cheese like chevre can be added to your omelette as it contains fewer calories compared to many other cheese types and it also has a rich, sharp flavor. Alternatively, you can settle for parmesan cheese which is also known to deliver major calorie flavor.

However, if you are on a diet that needs low carbs, you can try out an omelette containing 2 eggs. Eggs contain small carbohydrate amounts and most fillings for omelets also contain few carbs. Likewise, an omelette is rich in protein and meals that contain high amounts of protein tend to promote satiety because gastric emptying is delayed.

Here we recommend you 3 delicious recipes that ensure low calories in an omelette: 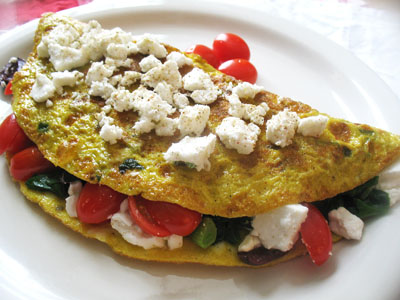