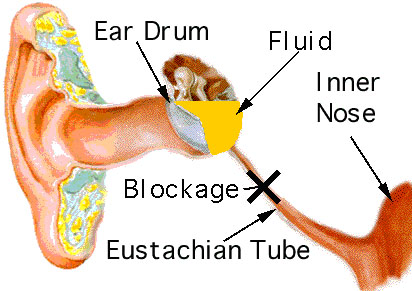 Even though it seems like a minor childhood complaint, glue ear can actually be a serious problem that requires medical treatment. Glue ear can lead to serious complications, including hearing loss and destructive infections if it is left untreated.Glue ear can be hard to detect because it occurs inside the child’s ear. The ear is divided into three chambers known as the outer, middle and inner ear. The condition occurs when the middle chamber fills with glue-like fluid rather than air. Parents need to be on alert because it is a common cause of hearing problems in children. The problem is more widespread than many people believe; Britain’s National Health Service reported that 8 out of 10 children will have at least one case of glue ear by age 10.

Signs and Symptoms of Glue Ear in Children

Every parent should watch their children carefully for the following signs of glue ear:

The most common sign of glue ear is hearing loss. A child with this problem may have the following symptoms:

2. Earaches and Other Pains

What Causes Glue Ear in Children?

The exact cause of glue ear is unknown, but the prevailing theory is that the Eustachian tube that connects the middle ear to the back of the throat becomes blocked. Under normal circumstances, this tube works like a drain, but if it gets blocked, fluid buildup happens.It is not clear why the Eustachian tube becomes blocked, but it's clear that ear wax buildups and water in the ear cannot cause the problem.

How Is Glue Ear in Children Treated?

The good news is that there are several highly effective medical treatments for glue ear. The most common treatments for this condition include the following:

Glue ear usually clears up on its own within 3 months. Most doctors will simply wait to see if the problem goes away, but they may schedule follow-up appointments to see if the child is getting better. If the fluid does not clear up, other actions might be taken.

Doctors will sometimes give a child with glue ear a hearing aid as a temporary measure. The device is only used as long as the child’s hearing is affected and is designed to help the child in school.

It is also called auto-inflation. With this method the doctor gives children with glue ear special balloons andthey have to blow them up with their nose on a regular basis. The device is designed to push air pressure back up the Eustachian tube, help open it up and drain the fluid. This procedure might not work with younger children because it has to be performed regularly to be successful.

If a glue ear persists, the child might be sent to an ear, nose, and throat specialist for a minor surgery. The surgery usually involves making a minor cut in the ear drum. Then a tiny pipe called a grommet is inserted in the incision; the grommet lets air into the ear drum and forces the fluid out through the Eustachian tube. In some cases, the surgeon may also remove the adenoids, the small glands in the back of the throat because if the adenoids become infected or inflamed, they can block the Eustachian tube.

How to Help Children with Glue Ear

Glue ear can make life difficult for children and their families, particularly if it causes hearing loss. There are a few steps that a parent can take to make life easier for a child with the problem: