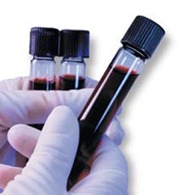 People with low levels of hemoglobin (Hgb) and hematocrit (HCT) in their blood will often suffer from a condition called anemia. If the Hgb levels should fall to the low side, there will not be enough oxygen throughout the body or in the organs. This can cause difficulties in how efficiently the body runs itself. Getting to know a hematocrit count can determine the amount of red blood cells in your entire body and is used as a diagnostic aid in identifying ailments and administering the appropriate treatments.

Normal Values of HGB and HCT

Figuring out hematocrit levels in the blood is done through Mean Corpuscular Volume or MCV and Red Cell Distribution Width or RDW. These tests determine whether someone is suffering from low Hgb and/or low HCT levels in their blood and can help doctors determine a cause.

1. Anemia is the direct result of a low red blood cell count. Production of red blood cells throughout the body can be disrupted or halted completely, which would cause anemia. Certain people are also more prone to anemia due to the following conditions:

2. People can also suffer low levels of Hgb and HCT when they have experienced physical trauma leading to large-volume loss of blood from the body or blood that has been destroyed.

3. If a patient is showing low levels of MCV but higher levels of RDW, then the patient is suffering from a chronic iron deficiency in their blood.

4. If a normal level of RDW is found along with low levels of MCV it most likely means that a hemorrhage has occurred somewhere in the body and is causing the low levels of Hgb and HCT or causing them to become out of sync with each other.

Low levels of hemoglobin will generally be accompanied by telltale signs. When certain symptoms occur often and together, it is important to see a doctor to be tested for the low levels in your blood. The following are common signs and symptoms to be on the lookout for:

The severity and intensity of any of these symptoms will depend on a person’s body type and their conditions of anemia. Those with chronic anemia may have symptoms that are less intense since the bodies have got used to the condition. Those with acute anemia, or rapid anemia, may often show far more intense and dramatic symptoms.

To properly treat these low levels, a cause for them must first be fleshed out.

1. If the case is being caused by low iron levels, then one must take iron supplement regularly to rebalance the hemoglobin levels. Dietary changes like including more leafy green vegetables and animal protein (primarily seafood and red meat) also help maintain proper iron levels.

2. If the cause is something like a hemorrhage or ulcer, depending on the severity of it, surgery may be required to either remove the cause or repair the damage. Many doctors will prescribe supplements such as vitamin B12 to their patients and some may even need blood transfusions.

3. Sometimes certain medications might be the culprits for low hemoglobin levels. If that is the case, those medicines will need to be stopped immediately. In certain cases there are treatments that prompt the bone marrow to generate more red blood cells for the blood. The accurate cause(s) and the nature of an individual’s condition will be integral to choosing the right treatments.