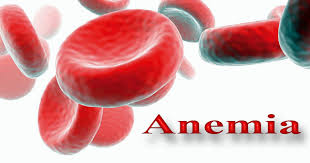 Anemia is a medical term used to describe the deficiency of hemoglobin and active RBCs (red blood cells) in blood. Hemoglobin does the job of binding the oxygen to red blood cells and is their most important component as well. Having low levels of hemoglobin in the blood would mean less oxygen would be available for the cells. The same thing would happen if your body is not producing enough healthy red blood cells. Fatigue, the most telltale symptom of anemia, is caused because the body isn’t getting the amount of oxygen it requires.

1. Anemia Caused by Hemolysis (Destruction of Too Many Red Blood Cells)

Anemia can be caused due to hemolysis which is a condition in which excessive destruction of red blood cells occurs. The normal life of one red blood cell is around 110 to 120 days, but due to some illnesses or medical disorders, red blood cells can start dying earlier than normal. This can force the bone marrow to produce many more red blood cells and if it fails to do so because of the reduced life of the RBCs then their count in the body starts to fall, resulting in hemolysis. Toxins, infections, immune reactions and certain medicines and even medical procedures can cause hemolysis.

Anemia that occurs due to lack of red blood cell production in the body may be caused by an inherited illness known as sickle cell anemia in which red blood cells take the form of a crescent and die out before delivering nutrients and oxygen to the cells.

Iron deficiency is another reason why a person can have anemia because of deficient red blood cell production since iron is needed for producing hemoglobin. Vitamin B12 deficiency is also among the causes for anemia. Patients suffering from this type of anemia are unable to absorb Vitamin B12 from food sources.

Losing blood for a long period of time can cause anemia. There are a number of reasons that can result in excessive blood loss. Hemorrhoids, stomach ulcers, colon cancer, gastritis, child birth, frequent intake of NSAIDs (Non-Steroidal Anti-Inflammatory Drugs), blood donations, surgery or a severe trauma can all result in blood loss that can lead to anemia.

Fatigue, malaise, palpitations, cold sensitivity, decreased levels of concentration, lethargy and sluggishness and having difficulty in breathing (dyspnea) are among the common symptoms of anemia.

Headache, having flaky and dry nails, tinnitus, sore tongue, and restless leg syndrome, atrophic glossitis, having a pale complexion, dysphagia(difficulty in swallowing) and angular chelosis (ulcers in the mouth) are considered the less common symptoms of anemia.

Vomiting, excessive sweating, having a bloody stool and chronic heartburn are among the extremely rare symptoms of anemia.

Having a family history of anemia can increase your risk of having thalassemia or sickle cell anemia, which are both inherited forms of anemia. Thus, it is better to consult with your doctor and get the opinion of a genetic counselor too regarding the danger of you or your kids having anemia.

Treatments and Prevention for Anemia

For information on anemia symptoms and treatments, please refer to: