When you eat something, it moves through your mouth, down your esophagus, and finally into your stomach. Things may not be that simple for people with acid reflux. A valve separates the stomach from the esophagus, but certain foods can affect the tone of that valve, making the food to stay longer in your stomach. This can produce excess gastric acid, which can cause a painful sensation when it backs up into the esophagus. You can control your symptoms by avoiding certain.

If you have acid reflux, you need to be very careful about what you eat. Certain foods can lead to a significant increase in your stomach acid, which is only going to make your symptoms worse.

Fried foods or anything high in trans-fats can be a challenge to digest. These foods can affect your digestive tract in a bad way when you already have acid reflux disease. As these foods are heavy, they stay in your digestive tract for a long time. This can put serious strain on your stomach and result in an excess production of gastric acid.

Drinks like tonic water, soda pop, and Perrier can increase pressure levels within your stomach, which results in an increased production of gastric acid. You should avoid carbonated beverages and instead focus more on drinking purified water. Orange juice and other acidic fruit juices should also be avoided.

Alcohol is also one of the acid reflux foods to avoid. Regular consumption of alcohol will lead to a quick rise in your gastric acid in your stomach. Alcohol can also dehydrate your body and make things even worse. Your body takes time to recover from the effects of alcohol, which is the reason why you may notice your acid reflux symptoms becoming worse even a day after drinking.

Your stomach has to put in a huge effort to digest meat. If you opt for meat that is high in acid, you are only going to notice your acid reflux symptoms becoming worse. You may want to stick with turkey, lean chicken, and fish because of their lower fat content. Moreover, you should chew it thoroughly before swallowing.

While you may feel that a cup of cold milk offers some relief from acid reflux symptoms, you should still avoid it because it will make things worse after a while. It is always better to drink more water to dilute gastric acid in your stomach.

Many people drink coffee because it works as a laxative, but you need to understand that it contains caffeine that is only going to increase the secretion of gastric acid.

Just like spicy foods, you should limit your intake of high fat foods because they can push stomach acid back up into the esophagus. Some of the foods that you should avoid or eat in moderation include the following:

Tomatoes contain malic acid and citric acid. Eating tomato products, such as soup, sauce, juice, etc., will result in excess production of gastric acid. When there is too much of acid, it will eventually force its way up your esophagus and create all sorts of problems. Therefore, it is better to avoid it or at least limit the intake of tomatoes because they are among acid reflux foods to avoid.

Just like citrus fruit juices, you should avoid those fruits as well. By limiting your intake of dietary acid, you actually improve many acid reflux symptoms, such as hoarseness and coughing. Citrus fruits have a low pH value – lemon has two and is among the most acidic foods. You will be pouring gastric acid into your stomach by drinking lemon juice. Grapefruit, oranges, and other citrus fruits can also make your symptoms worse. If you want to eat something juicy, opt for pineapple instead.

When you have acid reflux, you should avoid onion too. The lower esophageal sphincter (LES) closes to separate the esophagus from the stomach, but onions can affect this process. Eating onions is also supposed to keep the pH levels in your stomach below four, which can result in belching and heartburn. Even if you decide to cook onions, it is not going to make them any better. 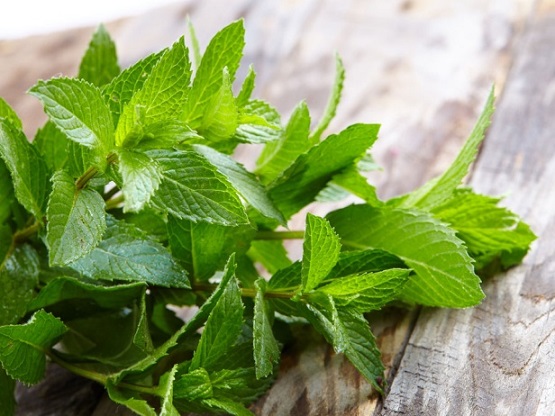 Many people use peppermint to relieve indigestion, but that is only when they do not already have acid reflux. If you are experiencing acid reflux symptoms, you should avoid peppermint because it is also on the list of acid reflux foods to avoid. The reason is that peppermint works by preventing gas from forming in your GI tract, but it can also relax the LES, making your acid reflux symptoms worse. If you really want to drink peppermint tea, you may consider diluting it with water first. Alternatively, you can actually switch to ginger tea, which actually helps soothe your digestive tract.