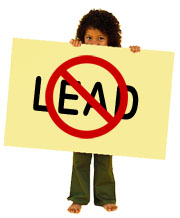 Lead is a common ingredient in paint used in old houses and children’s toys and it is a poisonous metal. Lead poisoning takes places when too much lead builds up in your body. Lead poisoning is a serious medical condition that can sometimes be fatal. It usually takes months or even years for this buildup to result in poisoning. Children are more likely to get lead poisoning than adults because they tend to put items or fingers in their mouths after touching objects. Lead poisoning can result in both physical and mental problems, which is very dangerous for children since their nervous systems and brains are not fully developed.

What Are the Symptoms of Lead Poisoning?

People who have lead poisoning may not be diagnosed until the level of lead in their blood has become dangerously high. This is because symptoms of lead poisoning do not usually show until very high levels are present. Lead poisoning affects children and adults differently.

Know all the more symptoms of lead poisioning from the video below:

How to Deal With Lead Poisoning

Lead poisoning can hinder kids' physical and mental development and even cause life-threatening problems. So how to deal with lead poisoning is very important.

Chelation therapy is frequently applied to treat poisoning from toxic levels of certain metals. Inject of EDTA (ethylene diamine tetraacetic acid) or other chemicals to bind mercury, lead and some other metals and eliminate them from the body. Children require lower levels of this therapy than adults. Besides, eating a nutritional, healthy diet that contains adequate iron and calcium also helps in preventing and fighting lead poisoning.

Adults whose blood lead levels are higher than 45 mcg/dl are treated most commonly with ethylenediaminetetraacetic acid, or EDTA. Your lead level decides how many EDTA therapy sessions you need. However, it may be unable to fix all damage caused by lead poisoning.

Exposure to lead at work is the most common cause of lead poisoning in adults. Children whose parents work in occupations where lead is present can be exposed to lead dust particles found on their parents' skin and clothes.

Because of its colorful compounds, lead is a popular ingredient in paint. At present, the dust and paint particles containing lead are still the most common reason for kids' lead exposure. For example, with Pica, a common behavior where children eat items that are not food, children's risks of ingesting paint dust and the potential for lead poisoning increase.

Lead in soil can be really dangerous, especially if foods are grown in the soil or the soil has direct access to human skin. There are many reasons why lead may be found in soil:

Up to 20% of lead poisoning cases in the United States are as a result of exposure to lead in drinking water. Groundwater and surface water are both at risk for containing lead that was originally found in soil or the atmosphere. Acidic water is most at risk due to its ability of breaking down lead. Plumbing equipment and fixtures that contain lead can also transfer the toxin to drinking water. To reduce the likelihood of lead contamination in public water, chemicals can be added in order to reduce equipment corrosion and balance water pH levels.

5. Others Sources of Lead Poisoning

Except the main sources of lead mentioned above, there are other lead sources, including: