How Do You Know If You have Arthritis | Healthcare-Online

How Do You Know If You have Arthritis

Arthritis is defined as a condition in which there is an ongoing chronic process of inflammation in the joints that makes it harder to maintain normal motility functions. This inflammation appears when the normal fluid present in between the joints begins to decrease and then eventually disappears. As a result the joint loses its shock absorbing property. According to American Academy of Orthopedic Surgeons approximately 1 of every 5 Americana are suffering from the arthritis of one or more joints of the body. 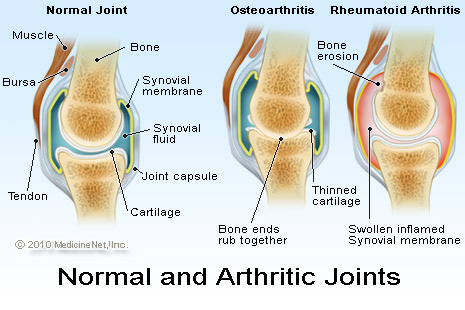 How Do You Know If You Have Arthritis?

If you are wondering "Do I have arthritis", you may need the following signs. Here are 8 common symptoms that will help you solve the question of "how do you know if you have arthritis":

"How do I know if I have arthiritis?" The first sign is joint pain.

Joint tenderness on touch is a common symptom of arthritis. Arm joint is usually involved with severe pain of joint tenderness.Inflammation is present along with aching sensations which are felt when the joint is pressed.

Know the Specific Early Signs of 4 Kinds of Arthritis

When to Seek Medical Help

Consultation with the physician become necessary if any of the following condition is observed.

Treatment plan is suggested after evaluating severity of disease and patient conditions for instance age, gender etc.The goal of treating arthritis is to manage the pain to regain a patient's mobility. Treatment of arthritis can be done through: